Home > DIY Auto Tips > What is a Seat Belt Pretensioner

Since the seat belt pretensioner may be the most significant component of your vehicle in regards to safety, it is important to have somewhat of an understanding of this life saving device. A seat belt pretensioner is a part of the seat belt system that locks the seatbelt in place in the event of a crash. It is an addition to the basic seatbelt of a vehicle that has been proven to reduce the number of injuries and deaths from crashes. During a collision, the pretensioner utilizes an explosive charge to initiate a concealed piston once the sensors detect that an accident has occurred. The piston proceeds to drive the spool rapidly around, which the fabric strap of a seatbelt is wrapped, thereby removing any slack from the seat belt. This is a critical mechanism in the event of an accident because it firmly positions the passengers in their seats and allows for them to receive the utmost protection from their airbags.

An electronic pretensioner differs from the mechanical, in that it utilizes and ECU and a gas generator system, similarly to the airbag system. An electronic pretensioner is perhaps more effective due to the fact that it works in correlation with the airbag. This particular pretensioner uses an explosive charge to cause the gas generator to create a volume of gas, which then produces a sort of pressure that works on a mechanical linkage to tighten the belt.

While these two pretensioners are different in the manner in which they are operated, they certainly have important similarities. Around 30 milliseconds after the collision has occurred during an accident, both pretensioners will create a slight amount of slack so that the passenger is able to have controlled contact with the airbag. This is controlled by the srs airbag control module that needs to be reset after an accident. It is critical that once a pretensioner has been deployed, the entire seat belt and pretensioner is rebuilt/repaired.

While all seat belts strive for the common goal of maintaining the safety of passengers, there are actually a variety of seat belts. The most common seat belts include lap belts, sash belts, automatic seat belts, three-point belts, belt-in-seat (BIS), five-point harnesses, and six-point harnesses. Lap belts are most commonly found in older vehicles or in the rear middle seats and are the belts that only go over the waist. Sash belts, primarily used in the 1960s, are made up of an adjustable strap that fastens over the shoulder of a passenger. This belt, however, does not provide the maximum security in the event of a collision, since the passenger could easily slip out. The most common of the seat belts is the three-point belt, which is a combination of the lap and shoulder belts made up of only a single belt fabric. This standard seat belt covers the chest, pelvis, and shoulders for maximum security during a collision. While belts such as the five-point harnesses and six-point harnesses may provide more security, they are typically only used for child safety seats and race cars.

No matter what your particular need may be, do not hesitate to contact MyAirbags for any questions or requests that you may have regarding your seat belt pretensioner! 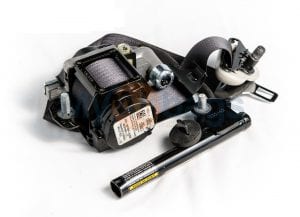 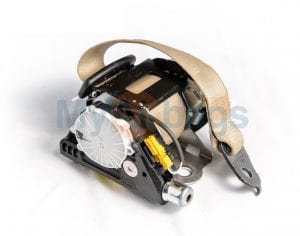 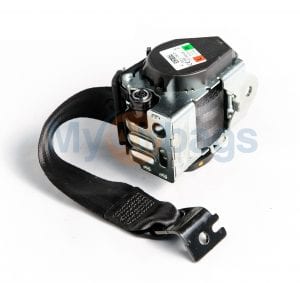 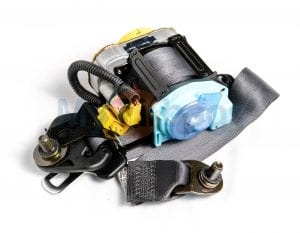 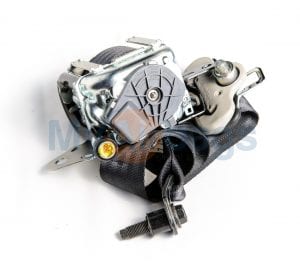